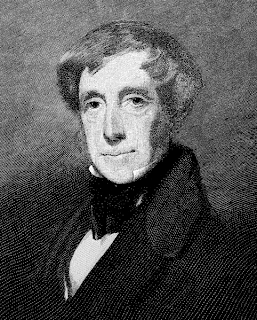 A Visit From St. Nicholas

Clement Moore’s Christmas poem “A Visit from St. Nicholas;” eventually became Known throughout the world by its opening phrase, “Twas The Night Before Christmas,” Both titles are used in different versions of the classic.

On Christmas Eve 1822, Reverend Clement Moore’s wife was roasting turkeys for distribution to the poor of the local parish, a yearly tradition discovered that she was short one turkey, she asked Moore to venture into the snowy streets to obtain another. He called for his sleigh and coachman, and drove “downtown” to Jefferson Market, which is now the Bowery section of New York City, to buy the needed turkey. Moore composed the poem while riding in his sleigh; his ears obviously full of the jingle of sleigh bells. He returned with the turkey and the new Christmas poem. After dinner that evening, Moore read the new verses to his family, to the evident delight of his children. Some months afterwards, Moore’s children told a visiting friend of their father’s wonderful Christmas verses. A Miss Butler copied the poem into her album and the next December, probably unaware of Moore’s intention to keep his poem private, she sent a copy to the Troy Sentinel. It was published there anonymously on December 23, 1823, under the editor’s title “A Visit from St. Nicholas”. Moore’s authorship remained a secret until 1837,. when he allowed his name to be used when the poem was anthologized in The New York Book of Poetry. Later, it was included in Moore’s Poems (New York. 1844). a small collection of his verse which he published for distribution to Mends and family. Since then, it has been reprinted countless times, loved by children of all ages for over 100 years.

The   manuscript shown here is one of only four surviving copies of the world’s most loved poem, the original draft has never been discovered, and probably no longer exists. The three other manuscripts are at the New York Historical Society, the Huntington Library in California, and the Strong Museum of Rochester, NY.

Clement C. Moore (1779-1863), the son of Benjamin Moore, second Protestant Episcopal Bishop of New York and President of King’s College, graduated  from Columbia University in 1798. Moore’s family owned extensive lands in Manhattan’s Chelsea neighborhood, on the Hudson, and it was Moore’s gift of some 60 acres of land in 1819, which made possible the establishment of the General Theological Seminary, where Moore himself taught Oriental languages, biblical learning and scripture interpretation from 1821 to 1850. An eminent lay theologian and scholar, Moore was the author of 4 Compendious Lexicon of the Hebrew Language, the first such work published in America and as a young man  published an anonymous criticism of Thomas Jefferson’s Notes on the State of Virginia. Moore lived not far from the new seminary (on present-day 23rd  Street, between Eighth and Ninth Avenues in New York City).

A Visit from St. Nicholas
by: Clement C. Moore

'Twas the night before Christmas, when all through the house
Not a creature was stirring, not even a mouse;
The stockings were hung by the chimney with care,
In hopes that St. Nicholas soon would be there;

The children were nestled all snug in their beds,
While visions of sugar-plums danced in their heads;
And mamma in her 'kerchief, and I in my cap,
Had just settled down for a long winter's nap,

When out on the lawn there arose such a clatter,
I sprang from the bed to see what was the matter.
Away to the window I flew like a flash,
Tore open the shutters and threw up the sash.
The moon on the breast of the new-fallen snow
Gave the lustre of mid-day to objects below,

When, what to my wondering eyes should appear,
But a miniature sleigh, and eight tiny reindeer,
With a little old driver, so lively and quick,
I knew in a moment it must be St. Nick.

As dry leaves that before the wild hurricane fly,
When they meet with an obstacle, mount to the sky,
So up to the house-top the coursers they flew,

With the sleigh full of toys, and St. Nicholas too.
And then, in a twinkling, I heard on the roof
The prancing and pawing of each little hoof.

As I drew in my hand, and was turning around,
Down the chimney St. Nicholas came with a bound.
He was dressed all in fur, from his head to his foot,
And his clothes were all tarnished with ashes and soot;
A bundle of toys he had flung on his back,
And he looked like a peddler just opening his pack.

His eyes -- how they twinkled! his dimples how merry!
His cheeks were like roses, his nose like a cherry!
His droll little mouth was drawn up like a bow,
And the beard of his chin was as white as the snow;
The stump of a pipe he held tight in his teeth,
And the smoke it encircled his head like a wreath;
He had a broad face and a little round belly,
That shook, when he laughed like a bowlful of jelly.

He was chubby and plump, a right jolly old elf,
And I laughed when I saw him, in spite of myself;
A wink of his eye and a twist of his head,
Soon gave me to know I had nothing to dread;
He spoke not a word, but went straight to his work,
And filled all the stockings; then turned with a jerk,
And laying his finger aside of his nose,
And giving a nod, up the chimney he rose;


He sprang to his sleigh, to his team gave a whistle,
And away they all flew like the down of a thistle.
But I heard him exclaim, ere he drove out of sight,
"Happy Christmas to all, and to all a good-night."

The Congressional Evolution of the United States of America

Presidents of the United States of America

Capitals of the United Colonies and States of America

Book a primary source exhibit and a professional speaker for your next event by contacting Historic.us today. Our Clients include many Fortune 500 companies, associations, non-profits, colleges, universities, national conventions, PR and advertising agencies. As a leading national exhibitor of primary sources, many of our clients have benefited from our historic displays that are designed to entertain and educate your target audience. Contact us to learn how you can join our "roster" of satisfied clientele today!

Primary Source exhibits are available for display in your community. The costs range from $1,000 to $35,000 depending on length of time on loan and the rarity of artifacts chosen.

*Republican Party - - is a defunct political party organized by Thomas Jefferson and James Madison in 1791. The Party went out of existence over the schism between John Quincy Adams and Andrew Jackson (both Republican candidates) over the Presidential election of 1824. Today, for the sake of expediency, political scientists incorrectly refer to it as the Democratic-Republican Party. Party members throughout its existence never utilized the name “Democratic-Republican.”

*** President of the Confederate States of America

No Taxation Without Representation

US Bill of Rights